EAT The second branch of popular Sheung Wan café Brew Bros (fb.com/brewbroshillroad), the Hill Road outpost is a quiet corner to start your day. Known as a slice of Australian café culture in Hong Kong, here, you can order smashed avo on toast (choose between the classic or their signature version, which is topped with crab) from their excellent breakfast menu. Their specialty beans come all the way from Melbourne’s boutique coffee roaster Market Lane.

SHOP Surprise your food-loving friends at home with some of the city’s best locally made sauces: subtly spiked with garlic and vinegar, Yu Kwen Yick (66A Third St.; +852 2568 8007) has made a favorite chili sauce for almost a century. At Mrs. So’s XO Sauce (xo-sauce.com.hk) the eponymous condiment, is deliciously chunky, packed with dried scallops, Yunnan ham and more. They have a range of Chinese sauces and you can taste them all at this flagship store.

One of Hong Kong’s most important marketplaces, Dried Seafood Street stretches along Des Voeux Road from Sheung Wan to Sai Ying Pun. The long row of shops sells dried abalone, scallops, flounder and all kinds of marine life that once came ashore from the harbor in front of the shops, but the coastline has long been reclaimed. Nonetheless, the market is alive and well—take a stroll and play “guess the food.”

DO If you’d rather just relax and feel the sea breeze, head to Sun Yat Sen Memorial Park, a rare expanse of green in this crowded city. Come early enough and you’ll catch locals practicing their daily tai chi.

While neighboring Sheung Wan and Central districts have become a hub for gallerists, contemporary art hasn’t quite made it to Sai Ying Pun yet. But Above Second (abovesecondgallery.com) is a pioneer not only because of its geography, but because it is the only gallery in the city focused on exhibiting art inspired by today’s urban subcultures—from street art and graffiti to comic book illustrations.

DRINK Dip into the border of Sai Ying Pun and Kennedy Town for a beer at Alvy’s (fb.com/alvyshk; drinks from HK$34), opened by local craft brewers Young Master. Apart from their own range, which includes crowd-pleasing lagers and experimental sour beers (their Cha Chaan Teng Gose beer is brewed with salted lime, a soda ingredient at Hong Kong’s old cafés), they stock beers from around the world.

Young Master’s award-winning rye ale is on tap at Alvy’s. Courtesy of Alvy’s.

For a quiet drink in a speakeasy setting, Ping Pong Gintoneria (pingpong129.com; drinks from HK$110) is known for its array of Spanish gins. Located in what was a table-tennis training center, the bar has retained some of the original décor—a funky mix of old and new, just like Sai Ying Pun itself. 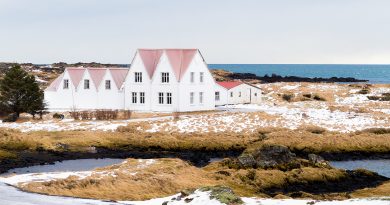 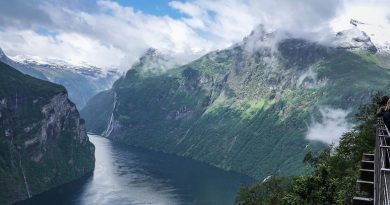 Sweden vs Norway, which one should you visit?

Off the Beaten Track: Village Castigno