The year may be crawling to a close, but, as this month’s selection of blog posts from our Pathfinders community show, there’s always time to squeeze in one more adventure.

This month our picks include stories of life working aboard cruise ships, Prague’s wild side and one man’s quest to find a traditional ‘cabman’s lunch’ in the English capital. Selecting our favourite posts is no easy feat, but here are our top five blog posts submitted by our Pathfinders during November.

Most travel lovers have at one time or another considered the prospect of working in an industry that permits them to see the world while earning money. Here Sharon shares the truths of what life working aboard a cruise ship is really like, from the crew mate camaraderie to the crazy hours. As much as it’s about sharing her experiences with others, the post also seems to be a way for Sharon to iron out her own conflicted thoughts on the subject, a rhetorical device that makes the article even more engaging.

Sharon is a writer and cruise ship entertainment host who likes to take photographs of a plastic lawn flamingo in exotic locations. Read more of her work at thesharonicles.com.

Unusual things to do in Prague: the cool, the quirky, and the weird – Nicky Cade

It takes a lot to make a typical listicle stand out from the crowd, but here Nicky is aided by her choice of subject, destination and fizzing writing style. A round up of the most unusual things to do in the city of Prague, the post is great fun from start to finish, opening with a metaphor that personifies the city as an attractive man in a nightclub licking his own elbow and ends with a recommendation on where to see beer being milked from a cat’s teat (don’t worry, it’s just a mural!).

Nicky is a wannabe thrill-seeker who, after years spent suffering from anxiety, is out to explore the world. Follow her adventures at thatanxioustraveller.com.

Tackling a very complicated subject in a factual and sensitive manner, Mark’s post delves into the topic of trophy hunting in Namibia, or more specifically, the government-backed scheme that sees a handful of permits being distributed – for a significant fee – to people wishing to hunt rhinos. It’s an emotive subject that is likely to illicit a response of some form from readers, but, beyond this, the article is impressively informative, showcasing a side to the practice that goes way beyond the unsettling images of hunters posing alongside their ‘kill’ that are often circulated on social media.

Mark and Paul are two London-based bloggers who travel the globe in an attempt to understand the world more clearly. Find out more at anywhereweroam.com.

There’s something so enjoyable about reading a blog post that educates you on an aspect of your own hometown; and that’s what happened with this London-focused post that sees author Jonathan heading out in search of a ‘cabman’s lunch’ from one of the tiny kitchens that have been serving the Big Smoke’s cab drivers since the 1800s. The post benefits from an intriguing subject matter, simple narrative structure and the fact this unusual activity can be easily recreated by travellers visiting the city.

Five Years is Jonathan’s 1827-day project dedicated to broadening his horizons. Follow his blog at fiveyearsproject.blogspot.co.uk

Azemmour: come for the street art, stay for the history – Elena Tchijov

Travel is all about making discoveries – from stumbling across amazing beaches to the realisation that you love the taste of tarantula – and Elena’s post encapsulates this wondrous aspect of travel. The post details how Elena’s interest in street art led her to the Moroccan town of Azemmour, where she uncovers the remarkable story of former resident Estevanico, a pioneering explorer and the first native African to reach the present-day United States. Estevanico’s life story is interwoven with Elena’s musings on modern Azemmour, and infused with striking images of street art from around the city.

In the wake of a series of unexpected events, Elena and Andrei packed up their things and began living on the road. Keep up with their adventures at travelingbytes.com.

Find out what else the Lonely Planet Pathfinders are up to by checking out the Pathfinders forum on Thorn Tree. 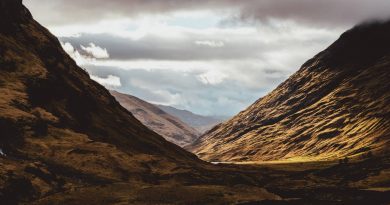 Where were the ‘Harry Potter’ movies filmed?