It was 6:01 a.m. when we heard them barking, an insistent “huh-huh-huh-huh” floating through the rain forest canopy and over Pacuare Lodge, in Barbilla National Park in eastern Costa Rica.

“Howler monkeys,” said Steve, squinting at his watch. Then a toucan joined the chorus, two long, raspy “screeches” next to our front deck, in the Rio Pacuare Forest Reserve. Up in a flash, we grabbed the binoculars and dashed outside, where a chorus of honks, chirps and whistles ushered in the dawn.

“Shhhh! Steve said, hopefully, peering over the railing into the underbrush. “Listen! Was that a growl?”

Wildlife on parade is a customary event at most Costa Rican eco-lodges. Coatis, Capuchin monkeys, birds and butterflies lead the early morning show, followed by sloths, bacillus lizards (Jesus lizards, which “walk” on water) and tiny frogs. Howler monkeys, tapirs, armadillos and tarantulas bring up the rear. But big cats, ocelots and pumas? Once in a green moon.

“Jaguars? Maybe, but don’t count on it,” said Alison Carey, three months earlier when she called to talk about our trip. A Latin America specialist with Scott Dunn Personal Journeys, Carey and her colleagues research and arrange personalized adventures for individual travelers.

We’d visited Costa Rica previously but briefly, thanks to a cruise ship stop-over. This trip, we agreed, would be different, longer and more authentic. Hence the call to an experienced outfitter, people who knew the destination and relied on local guides.

“You’ll like Pacuare Lodge,” said Carey. “It’s on the river, a four-mile raft trip downstream,” she said. “The lodge is known for wildlife, and has tracked and photographed wild cats, too, but only at night. The lodge is isolated and off the grid, but but absolutely safe. As you probably know, Costa Rica is Central America’s safest country.”

Was it, really? I asked myself. Sporadic upheavals have plagued Central America for decades, fueled by corrupt governments, armed insurrections, civil wars and more recently, drug trafficking. If true, how had Costa Rica managed it? I wasn’t sure, but I wasn’t deterred, either. We were willing to chance it.

Two weeks passed and the itinerary arrived in the mail, a spiral-bound notebook listed detailed places, dates and contacts, with blank pages for notes. Instead of dropping us off back at the airport, on our last day, Carey arranged for our guide to take us to the Papagayo Peninsula instead, to meet friends for an anniversary reunion.

But the question lingered. What was Costa Rica’s safety secret?

“Is Costa Rica really the safest country in Central America?” I asked Abel, the Scott Dunn driver who met us at Juan Santamaria International Airport, in San Jose, the capital city.

“We think so,” he said, heading for the Hotel Finca Rosa Blanca, north of the city. “It’s because we have no military,” he continued. “The money pays instead for free schools, high school and college, and for free health care and doctors,” he said.

“Of course, there are always people who don’t want to work and are tempted to steal. But most people here have jobs,” he added as we reached the hotel, a restored, 14-suite Spanish Colonial house and coffee plantation, with a pool and a popular open-air restaurant.

Arriving in time to join the coffee plantation tour at Finca Rosa Blanca, we expected to hear about popular brands and sales. But the two-hour uphill walk with naturalist Manolo Munoz was all about sustainable farming and best roasting methods.

Stepping off the trail and between the coffee trees, Munoz explained that planting between banana and poro trees in a mixed-species forest “adds important minerals to the soil. A mix of sun and shade grows better “cherries” (coffee beans) than those planted in wide open fields.”

That evening, as the sun slipped between the palm fronds and Miguel, the hotel waiter, came around with menus, I decided to see what he’d say. “Uh, Miguel, why do people say Costa Rica is Central America’s safest country?”

“Because we don’t have an army,” he said. “After the civil war, in 1949, the government decided that paying for education, hospitals, culture and parks was more important than guns and soldiers.”

Local crimes, thefts and shootings, are handled by city police. And the federal government maintains a 70-man team of “commandos,” a trained “security and intervention” group available 24-7 to respond to national emergencies. But no army.

Now, 70 years later, no one thinks to question the importance of education, health and environmental science. Every one of our conversations about education led to local career opportunities.

Every wildlife sighting – sloths in the tree, for example – prompted a comment about various species, or their adaptation to the country’s 12 climate zones, ranging from sea level to 12,533 feet, on Cerro Chirripo volcano.

Rafting through the Pacuare River’s narrow gorge, paddling down river to Pacuare Lodge, our guide didn’t wait for me to ask about the trees. He pointed them out, describing the difference between the trees along the river gorge and those on the mountain side above, adding that the hills were typical howler monkey habitat.

The lodge itself was just as environmentally conscious. Relying on self-generated power, it limits electricity to the evening hours. During the dinner hour, candles lit both floors of the lodge – the bar upstairs and the dining room and deck downstairs, where meals are served.

The lodge and cabin designs were luxurious but rustic. Instead of solid walls, the bungalows, on the river and on terraces up the mountain side, had some screened walls, a smart and natural way to bring the outside in, as if you were in a treehouse.

We stayed busy every day, with discovery hikes, wildlife prowls and visits to the indigenous village nearby. But we managed to squeeze in some private time: a plunge-pool dip and a nap in the hammock, rocked to sleep by the rushing river.

It was a startling contrast, in fact, to our next destination, Nayara Springs Resort, in central Costa Rice, on a paved road near Avenal Volcano National Park. When a uniformed bell boy rushed to open the door, we thought we’d made a wrong turn.

But this popular vacation village only masquerades as a sophisticated hotel. Despite sumptuously furnished suites with plunge pools, Nayara Springs’ covers multiple tree-shaded acres. When you investigate its serpentine paths, you find swimming pools, patios, bars and pubs, a spa and gym, restaurants and shops, and even a trailhead for a half-dozen guided tours, each hidden from the next by flowers.

Taking a stroll in the trees – alive with resident birds and 30-odd sloths – you could lose your way. I’ll admit it: two nights wasn’t enough. We left with our Scott Dunn driver, planning to return.

It was a long way to the Papagayo Peninsula, on Costa Rica’s far northwest coast, but a fascinating drive going there, past a volcano and lake, over the hills and through a half-dozen tiny towns. It was late afternoon when Andreas, the driver, dropped us off at Villa Manzu, where our friends greeted us at the door.

A privately-owned two-story stone mansion flanked by grassy lawn, trees and a couple of swimming pools, Villa Manzu looks over the ocean toward the setting sun. With several wings and rooms for up to 24 guests, managing it is a full-time job for the staff of 12, including a butler and three chefs.

On five acres at the end of the last road, Villa Manzu guarantees total privacy for folks with deep pockets: movie moguls, tech-company millionaires, sports celebrities, industry titans and jackpot ticket-winners. We were lucky to have generous friends among them.

Staying here is expensive. But if Villa Manzu is ever your vacation retreat, remember that everything’s included: meals, hors d’oeuvres, snacks, wine, cocktails,  sports equipment, fishing gear, a car, guides, rides to and from the airport, and as always, true Costa Rican hospitality.

Villa Manzu: the entire house is priced per night. www.villamanzu.com

Getting to Costa Rica

Author Bio: Writer Anne Z. Cooke, a print and online journalist, lives the life of a gypsy, following the seasons from Los Angeles to Colorado’s Rocky Mountains. In between, she travels the world, covering everything from Arctic culture and wildlife conservation to English history and family cruising, looking for the best while pursuing the back story.  A freelancer and correspondent for the Tribune News Service, her stories appear in travel and lifestyle publications in the U.S. and internationally. 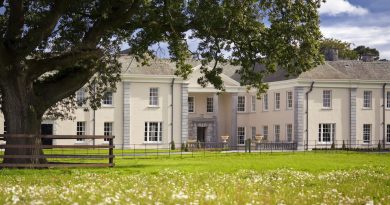 Inside Ireland’s Best Hotels in 2021 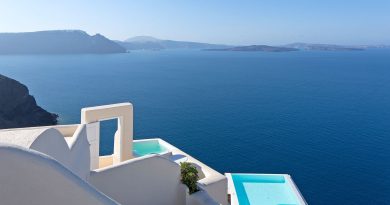