I’ve been dying to visit Huka Lodge ever since I first heard about it. But I’m an Australian and it’s nothing compared to the ambitions of a certain group of New Zealanders who rightly look upon this landmark luxury lodge – the one that more or less pioneered this prized form of accommodation – with national reverence. As a waiter during my stay at Huka confided, ailing New Zealanders who have been told they don’t have long to live, rate a stay at the lodge as one of their last wishes, one of which some actually get to fulfil, paying the hefty price-tag for a night there.

Such is the pride with which Huka Lodge is held as the embodiment of New Zealand’s modern tourism industry, one of the country’s two most valuable revenue-earners. It’s hard to conceive a greater or more touching compliment for any place.

When we arrived at Huka Lodge for a two-night stay, perfectly fit and well, you may care to know, the weather is both bitterly cold and intermittently inclement. Perfect lodge Kiwi lodge conditions, in my book. Aside from complete, unashamed relaxation, my objective during my stay is to gain a sense of what all the fuss surrounding this fabled place has been about all these years.

The signs aren’t all that promising as we pass through the nearby and largely unremarkable lakeside tourist town of Taupo and then head along a prosaic road on the outskirts of town, lined with fancy suburban-like double-storey houses, before arriving at the imposing front gate of Huka Lodge. However, once you enter its impeccably-maintained grounds you immediately begin to realise why this place has been long regarded as New Zealand’s foremost luxury lodge and one of the best in the world.

Although its site is much smaller than I had envisaged, what has been made of it is captivating. There’s a beautiful grotto-like garden and a duck and duckling-filled pond, luxuriant mown lawns, greener then would ever be seem possible on the other side of the Tasman, and the crowning glory, a fast-flowing river, the Waikato, complete with rapids, drifting at some speed right past the property.

Did I mention the welcome? I’m not referring to the one at check-in, which was warm and seamless enough, but the one we receive from the resident birdlife. When we land in our river-facing room a couple of adult ducks wade right up to our glass sliding door, tapping their beaks on the glass as we unpack and remaining a more or less constant and congenial presence during our brief stay.

Inside our comfortable well-equipped but not ostentatiously luxurious river-facing room, we contemplate our next move, deciding – what with the weather and the breathtaking four-figure prices of some of the lodge’s listed activities – to move, well, not very much at all.

We do manage to drag ourselves up to the main lodge where we sensibly ensconce ourselves in front of an open fire with newspapers, magazines, books and a few glasses of fine New Zealand pinot noir. Outside an Australian couple is bravely tucking into lunch at an al fresco table ringed by outdoor heaters and their own open external fireplace.

The clubby room is daringly painted in dark hues of blue, reds and green and brimful with antiques and curios. The success of Huka Lodge owes much to the skill of Virginia Fisher, the doyenne of New Zealand lodge interior design, who almost single-handedly conceived the distinctive and commodious look and feel of these establishments, most notably including Huka.

The afternoon dissolves in a fog of delicious indolence, and before we know it it’s time to freshen up for dinner. Food has become an essential part of the luxury lodge experience with one of the most enjoyable and novel experiences at Huka being the ability to dine in one of 20 private dining rooms across the lodge. Before dinner we sneak a peek at the intimate room in which Queen Elizabeth II dined though there’s a sufficient amount of royal treatment at Huka Lodge to keep everyone satisfied. Impeccable though not obsequious service is another hallmark of Huka, and New Zealand lodges overall.

For our dinner we’re placed in the Trophy Room – just the two of us and, a little disconcertingly, a stuffed water buffalo (well, its head at least) attached to the wall above the fireplace. It’s nearly enough to make you call for the vegetarian selection though that would be mean missing out on the full brilliance of British-born chef Paul Froggatt.

I remember once reading an article in a leading US travel magazine some years ago which described the food at New Zealand lodges as not being world-class. If that were true back then it’s certainly not the case nowadays with luxury lodges like Huka Lodge serving some of the best food, driven by exceptional local produce, in New Zealand.

The next morning the weather briefly clears enough for us to rug up and embark on a visit to Huka Falls, the largest waterfalls on the Waikato River, just downstream from the lodge. The falls are also New Zealand’s most visited attraction and you understand why when you consider the figures surrounding it. Before it reaches Huka Falls, the Waikato River is 100 metres wide, finding massive volumes squeezed along a much narrower 20-metre wide gorge and then forced over a dramatic drop of equal depth (“Huka” actually means “foam” in Maori).

Every second up to 220,000 litres of foamy white water gushes through the gorge, shooting forth, frothing like a massive perpetually popped champagne bottle, eight metres out beyond a beautiful turquoise-tinted pool with the river, further on, calm, as if nothing had ever occurred to disturb it. The water then bursts out of a narrow alleyway of rapids and over the 11 metre-high falls and back into the Waikato River.

Our one and only foray from the lodge over, we wander back down the hill to prepare for another day of constructive idleness. When we return there’s a helicopter landing on those neat green lawns, the swirling blades sending a mini-cyclone through the gardens and its ponds and scattering the poor ducks. It’s not the most ideal incursion on the serenity of the lodge but I guess it does add a certain note of glamour.

Huka Lodge, after all, is pitched squarely at wealthy Americans, Europeans and Australians. Here these choppers – Ferris wheels for the wealthy – offer rides for guests who pay a minimum $NZ1094 $1054 a pop for the pleasure. But Huka Lodge wasn’t always quite this posh and exclusive. Ninety-years ago it began life as a rather humble though respected fishing retreat where the original owner, Alan Pye, lived in the main building while the guests slept in heavy canvas tents pitched over wooden floors beside the river.

Remarkably, it really wasn’t until the last 30 years ago that the modern-day New Zealand luxury lodge model began to attract attention when the visionary present owner, Dutchman Alex van Heeren, recognised the potential of the property as an international haven for the well-heeled.

Since then lodges sited at magnificently scenic locations, of which New Zealand has no shortage, have proliferated from the tip of the North Island to the bottom of the South Island. Huka Lodge, and the New Zealand tourism industry, has never looked back since then with the Kiwi luxury lodge model copied, or more politely, reinterpreted, by Australia which now boasts its own network of such accommodation.

The next morning it’s time to farewell Huka Lodge, and those omnipresent, unflappably congenial ducks, and head to tiny Taupo Airport for the flight back to Auckland and home to rather less sumptuous digs back in Australia. It’s been a privilege to stay for a few tranquil nights as well as the fulfilment of a modest dream. I depart content in the knowledge that I won’t die wondering what the fuss about this place has been all about all these years.

Awards: Huka Lodge was voted 96.20 out of a possible 100% in Travel+Leisure’s annual 2018 survey, the best in Australia/New Zealand/South Pacific region.

Five Magical Ways to Celebrate Birthdays at the Disneyland Resort 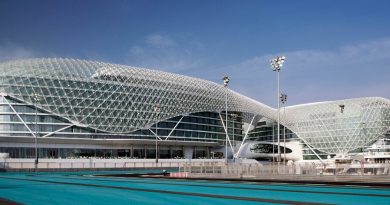