The hills are alive… with the Sound of Music!

This classic Rodgers & Hammerstein musical, is still the biggest driver of tourists to Salzburg. If you have always dreamed of reliving the musical, these should be in the list of your favourite things (or places) to visit when you are in Austria!

The Original Sound of Music Tour 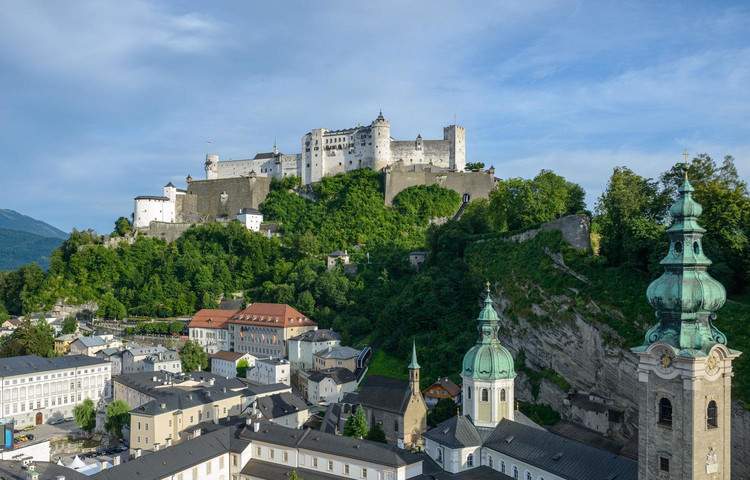 The backdrop of many in-town shots, Hohensalzburg Castle is the iconic backdrop of beautiful Salzburg. Erected in 1077 at the behest of the Prince-Archbishops of Salzburg with a length of 250 m and a width of 150 m, it is one of the largest medieval castles in Europe and is situated at an altitude of 506 m. This ancient fortress, along with the city center or Residenzplatz, is seen in many of the early scenes.

The Residence Fountain is 15 meters high and the largest baroque fountain outside Italy. It was built between 1658 and 1661, possibly by Italian artist Tommaso di Garona, and is made of marble from the Untersberg, a mountain near Salzburg. Its water-spouting horses reached world fame thanks to their appearance in the movie. This is where Maria (or Julie Andrews) stopped at the fountain to splash water at the horses while singing “I have confidence“.

The Palace at Leopoldskron is the most beautiful rococo building in the Salzburg region. It was built in 1731 by Archbishop Leopold Count Firmian as a residence for his family.

Schloss Leopoldskron was one of the most important locations for the film: The rear view was used for the Trap Family home. The family drank lemonade with the baroness on the terrace. Maria and the baron danced on the balcony during the ball scene, and the children fell into the adjacent lake. The Venetian room from the castle was copied and used as the ballroom for the interior shootings which were done in the studios. 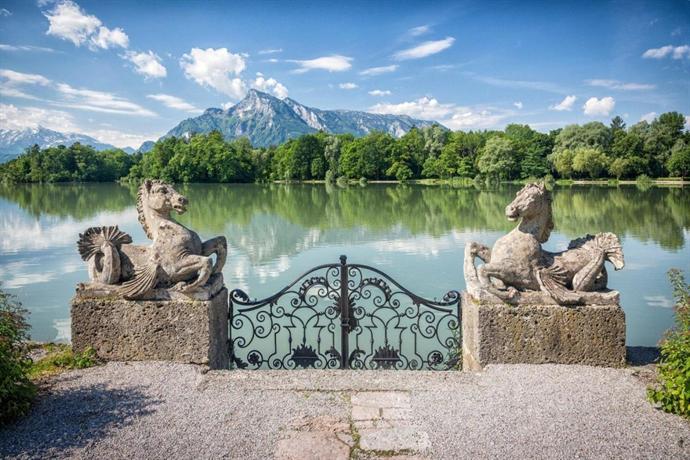 Schloss Leopoldskron has been dubbed the “Sound of Music” palace for more reasons than its outdoor movie scenes: one of the main rooms of the palace, the Venetian Room on the first floor, was completely replicated in order to be used as a film setting. The magnificent handcrafted, gold wall panels and mirrors served as a model for the ball room scene in the film. It was also the backdrop for the private performance of the marionette theater.

At that time a white music pavilion (the gazebo) stood in the palace park and played an important role in the film’s romantic scenes. Since the number of tourists increased tremendously after the release of “The Sound of Music”, the gazebo was moved to Schloss Hellbrunn in order to reduce the congestion in the park at Schloss Leopoldskron.

The Baroque Frohnburg Palace was built in the 17th century as a country house for the Prince Archbishops. Its facade, courtyard and front gate were used for the Trapp Villa in the film. This place is now a historic concert hall and the adjoining rooms are used by the Mozarteum University for performances.

In the movie Maria arrived here, after dancing along the Hellbrunn Alley, to meet the von Trapps for the first time. The baron tore the flag down from above the castle’s doorway when they returned from their honeymoon and heard about the German occupation of Austria. They pushed their car noiselessly out of the castle’s gate when they tried to escape.

The Felsenreitschule is built into the Mönchsberg itself, fascinating visitors with its stage as well as arcades hewn out of the rock. Able to accommodate an audience of as many as 1,437 people, it is one of Salzburg’s most important concert venues. Max Reinhardt first used the Felsenreitschule as a venue for the Salzburg Festival in 1926.

For fans of the movie, the Felsenreitschule is a must-see. It was on its historic stage that Maria, the captain and the children took part in a music competition, where Christopher Plummer sang “Edelweiss” and the children performed their folk songs. Immediately afterwards, they fled to Switzerland to escape Nazi persecution. Open to public.

High above the rooftops of Salzburg, on the side of the Mönchsberg is Nonnberg Abbey, the oldest convent in the German speaking world. It was made famous as the nunnery where Maria von Kutschera lived as a postulant before marrying Captain Georg von Trapp and giving inspiration to The Sound of Music.

While filming wasn’t permitted inside the Abbey, several scenes of The Sound of Music were filmed just outside. They include Maria leaving the abbey as she begins to sing ‘I have Confidence’, the children coming to look for Maria after she mysteriously leaves without saying goodbye and the escape scene with the cars at the very end of the movie.

The real Maria and Captain von Trapp got married in the Abbey church in 1927. As you can see, the church is much smaller and not nearly as grand as the Mondsee church used in the movie. You can only view the outside of the church. 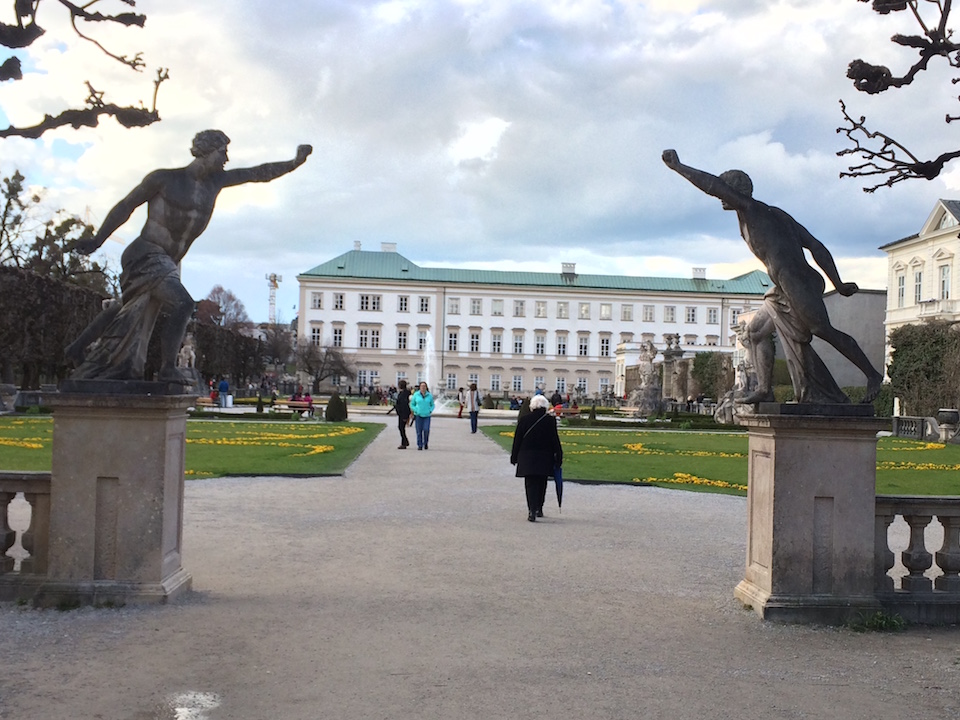 Mirabell Palace was built in 1606 by prince-archbishop Wolf Dietrich for his beloved Salome Alt. Today, it serves as the backdrop for the most romantic weddings you could possibly imagine. Mirabell Gardens were completely redesigned under archbishop Johann Ernst von Thun in 1690. The underlying geometric form, which is typical for the Baroque, is still clearly recognizable. The visual orientation towards the cathedral and fortress adds to the grandeur of the gardens – simultaneously incorporating them into the overall historical ensemble of the city.

Mirabell Gardens, along with the Felsenreitschule and Nonnberg Convent, is one of the most important shooting locations from the famous Hollywood musical “The Sound of Music”. In the film, Maria and the children dance around the Pegasus Fountain in front of the palace, singing the song “Do Re Mi”. At the end of the scene, the Trapp family stand on the steps in front of the Rose Hill and sing the song’s final bars. At the same time, viewers are enchanted by unique views across Mirabell Gardens towards the fortress. Open to the public. 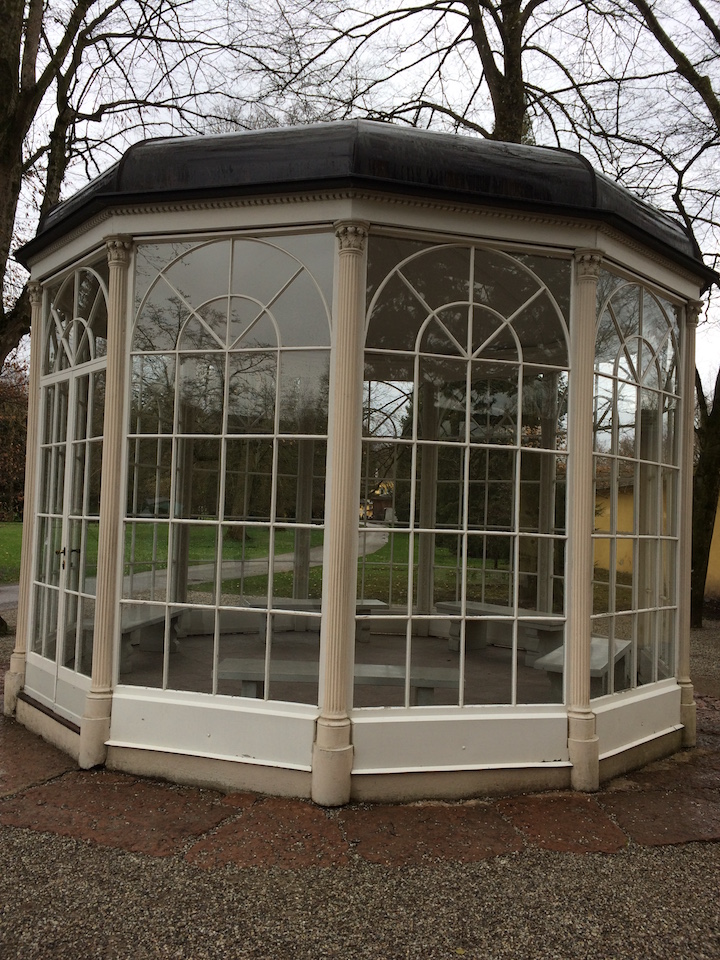 Behind the palace walls of Schloss Hellbrunn, some 60 hectares of green spaces invite guests to relax and take a deep refreshing breath. Aside from artistically landscaped gardens, you will discover meadows, ponds and a big playground for children. All of this is framed by flower beds and a unique mountain panorama. In summer, the park lends itself to running and yoga, while in winter you will even discover a trail groomed for cross-country skiing. And there is also a chance you might encounter a few enthusiastic “Sound of Music” fans in full voice: Located on the grounds of Hellbrunn is the gazebo in which Liesl and Franz sang to each other in the movie. Open to public.

This large cathedral dominates the small town of Mondsee. It was once the heart of an important monastery. Founded in 748 on the ruins of a Roman settlement, it influenced the culture of the region for more than a thousand years until it was dissolved in 1792.

The wedding scene in the movie was filmed here, Maria, led by Liesl, walked down the aisle to meet the baron in front of the main altar. The real Maria and Captain von Trapp got married in the Nonnberg Abbey church in 1927. As you can see, that church is much smaller and not nearly as grand as the Mondsee church used in the movie. Open to public.

St. Gilgen is situated on another popular lake of the Salzkammergut, the Wolfgangsee. Mozart’s mother, Anna Pertl, was born here. There is a little Mozart museum which has been set up in the city center. This town is worth a visit as its backdrop is used for the opening scenes of the movie although the actual location is not accessible.

The historic Villa Trapp is the only “real gem” in the movie sets and composed shots of the Trapp home. It served as the centre of the real Trapps’ family life between 1923 to 1938. Only a few steps away from the garden porch, is the Aigen train station. From here, trains run through the middle of Europe through the Alps and to the South – and this was the path to freedom for the actual family. 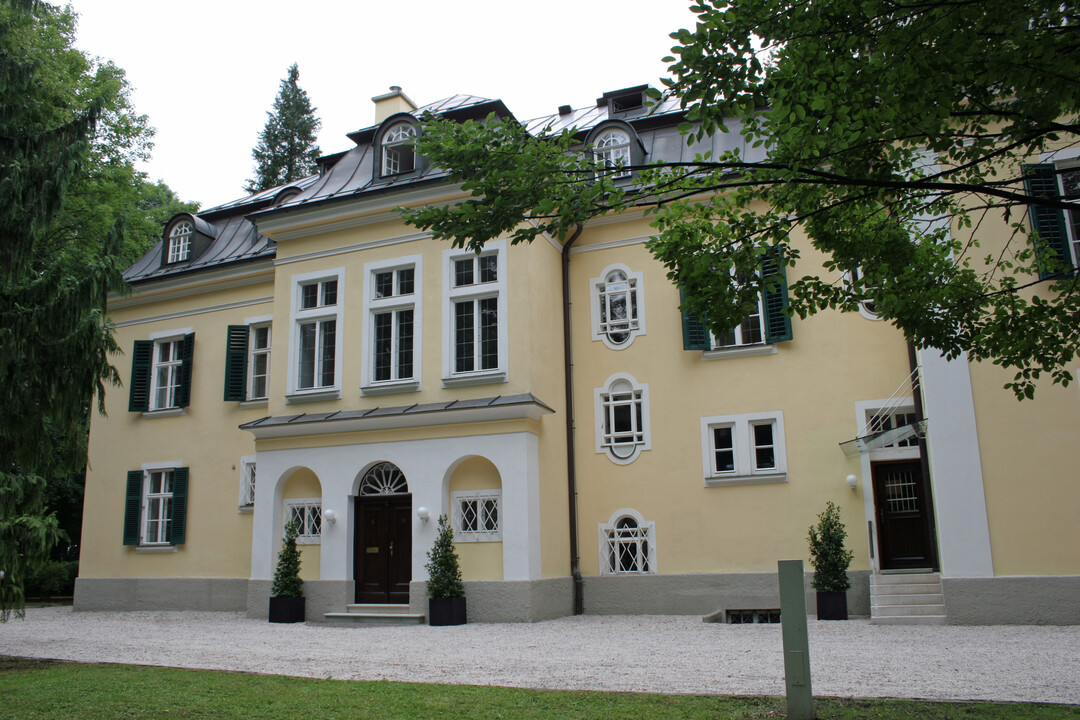 It is here, you can follow the authentic footsteps of the von Trapp Family, the real place, where it all began. While the birds are singing in the old trees of the park, close your eyes and relive it again – the first confession of love between Maria and the Baron, the laughter of a child in the large staircase, the first melodies from the lips of the Family Choir under the branches of the trees to world stardom. Yes, this villa is now a hotel where you can book to stay and to relive all the scenes from the movie! 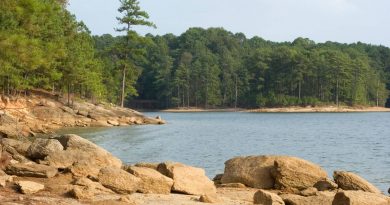 Where is ‘Ozark’ filmed? 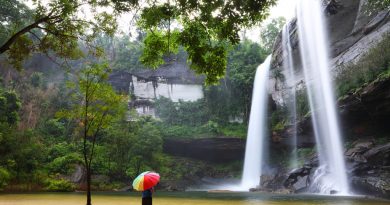 6 Thai destinations that are perfect alternatives to overseas travel

10 of the best Bath restaurants