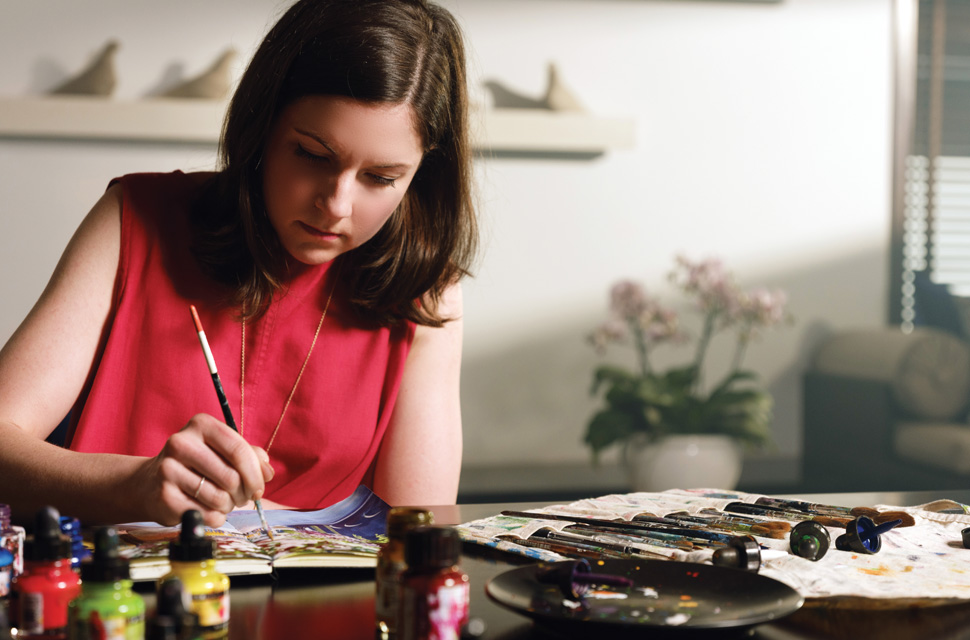 When Missy Dunaway spent a year in Istanbul on a Fulbright scholarship in 2013, studying Anatolian textiles, she kept a travel journal – but instead of writing it, she made it visual. Since then, her painted diaries have become a global passport, winning her half a dozen fellowships to travel the world. On Instagram, her work stands out in quiet contrast to the barrage of look-alike vacation photos; her mini canvases invite reflection. Recently she journeyed to Southeast Asia as part of the Envoy by Four Seasons program, which gives storytellers in a range of genres the chance to immerse themselves in a destination and create work in response to it. Notebook in hand, she navigated the hidden byways and gentle charms of Hoi An, Vietnam, a centuries-old port city.

What attracted you to the travel journal as a medium?

Art and travel intersect in interesting ways, and all of that is really personal. The thing I love most about a journal is that it’s just yours, and it’s a place where you can be free and independent, and you can make creative changes and take things out and put things in. You get a satisfying sense of autonomy. 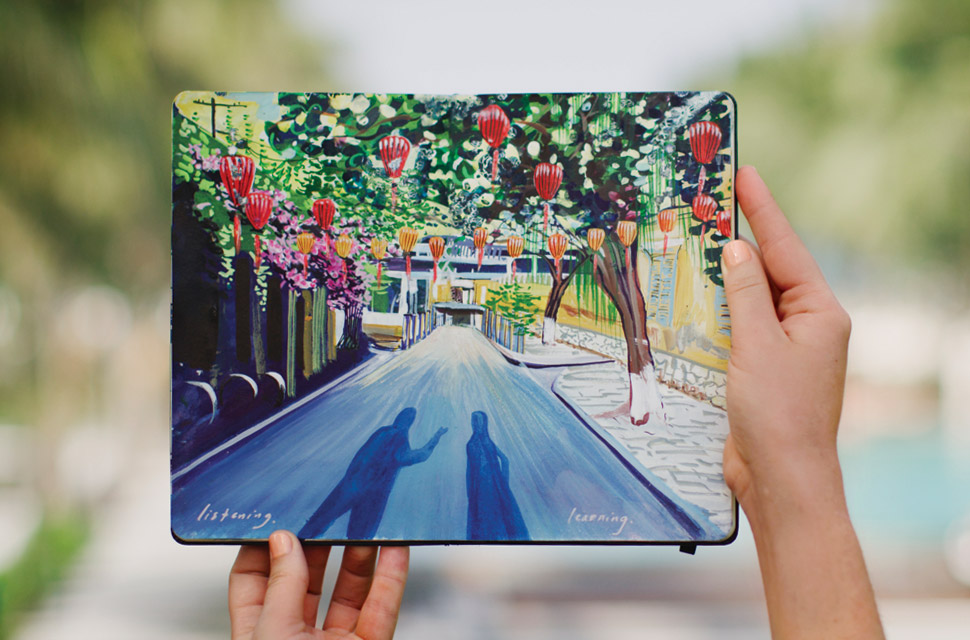 Dunaway illustrated her guided tour of Hoi An Ancient Town, where lanterns festoon the streets.

Do you paint places as you see them in the moment or as you remember them at a later date?

That’s the best thing about the journal: It’s not just a documentation of a place but also an important emotional journey from start to finish. You’re there in the moment and you have that first impression, but then there’s the long burn – inspirational topics that come on later. Sometimes I paint months later, because I’m reminiscing about a place. I miss it so much that I’ll just spend some time there before bed, painting.

What is your creative process?

It’s like I’m in a little time machine and I just pop back to that spot. I notice the big things first – time of day, light, atmosphere. Those things set a tone for the entire landscape. Once I have that, I think of the skyline. What is the exact skyline of Hoi An – that contour line of the buildings? Cities at twilight, I think, are the most beautiful. I loved walking through Hoi An so much. There is so much play between light and dark, with the canopy of leaves and trees and the sunlight coming through. 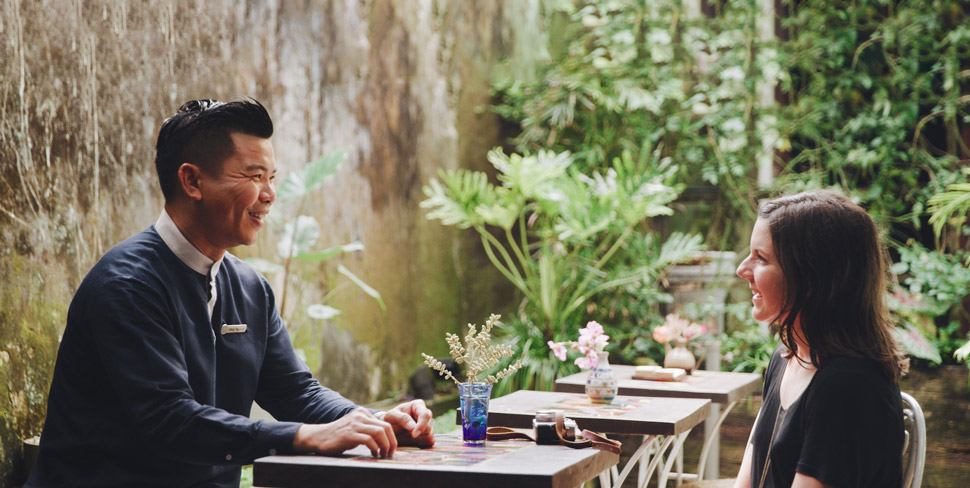 What was your impression of Envoy by Four Seasons when you looked into the program?

I was just so excited. It felt like I had a guarantee that I would be exposed to the immediate local culture of a country. All the times that I’ve travelled, I look for those kinds of opportunities, and sometimes I get lucky and sometimes I don’t. With Envoy, I knew that I was going to be creatively inspired.

How would you describe the experiences that Four Seasons Resort The Nam Hai, Hoi An created for you?

I’d say that it was very personal and tailored to me. It felt like an inspirational storm. I think the only other way I could have gotten this level of engagement is if I were to move here. Of course, it doesn’t exactly feel like I’m living here, because I’m in a beautiful resort and everything is taken care of for me. 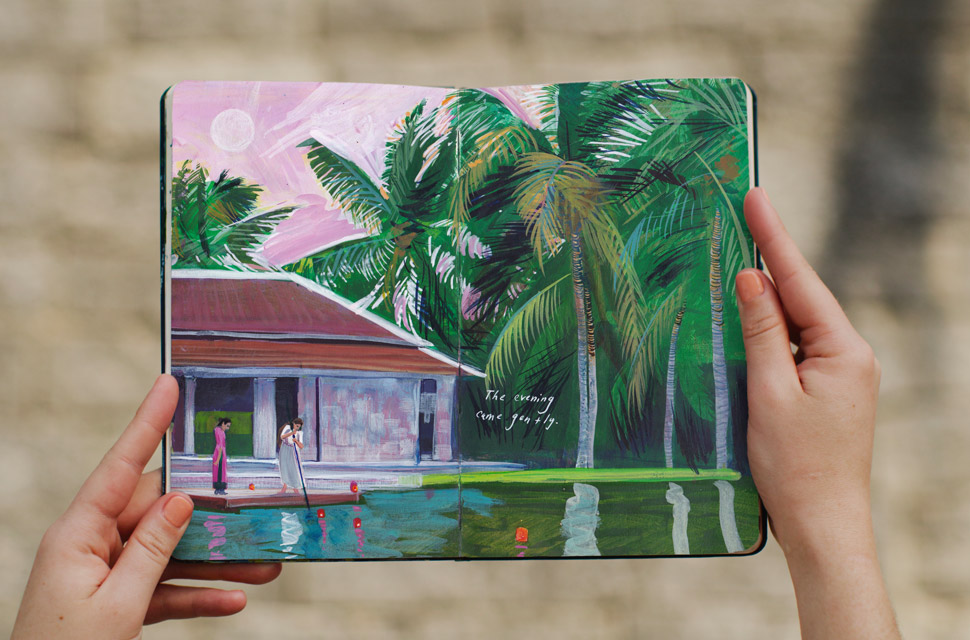 Dunaway’s painting of the Goodnight Kiss to the Earth experience at the Resort.

Did you make any strong personal connections during your stay?

I think I related to Miss Oanh so well because she’s also an artist. We just had an immediate rapport. She’s a musician, so she shared her excitement about her craft. The first experience I had with her was the Goodnight Kiss to the Earth, where I wrote a love letter to Mother Earth and placed it in a floating lantern and sent it out into a pond. The next day I saw her again for a singing bowl lesson. At first I thought of it as a bigger version of singing water glasses, but it was much more powerful, with a deeper, richer sound.

How did you feel in the moment?

I just felt so incredibly fortunate. Sometimes you can just picture yourself as a grandmother telling that story about that time that you got to play singing bowls in Vietnam with a professional musician. It was one of those moments where I’m telling myself, “Take this in. Be really present, be focused, listen to what she’s saying, don’t let your mind wander, because you know you’re not going to be here again.” Those moments are always the ones that feel so short. 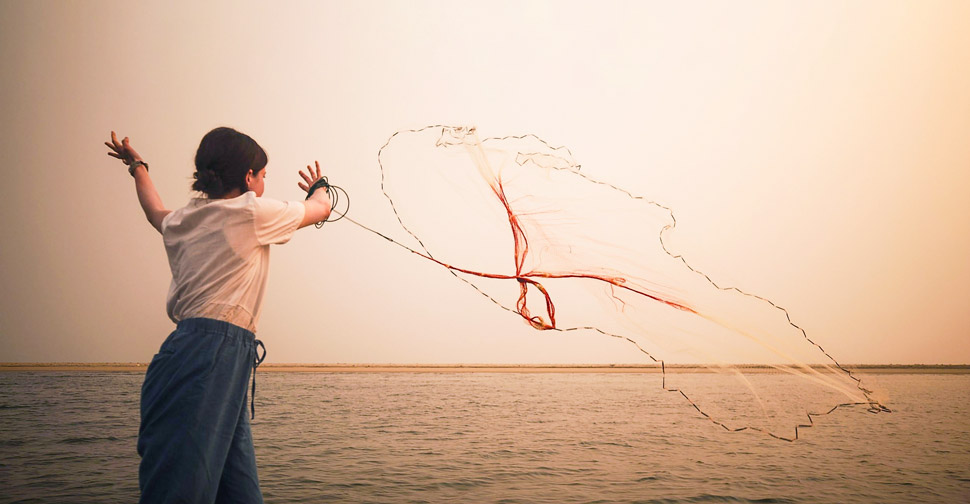 Were you expecting your trip to be so interactive?

I thought it would be interactive to a degree. But even with my high expectations, it went further. I not only went to a textile workshop but also worked at a loom. I not only went on a fishing boat but also threw a net.

How does engaging in an activity, like casting a net, differ from hearing someone describe it in words?

You get a more immediate sense of how big the world is, and then also how small the world is. We have fishing in Maine. I see fishing all the time. But then you get onto a traditional Vietnamese boat and you learn about the eyes that are painted on it, which come from local folklore – they’re meant to scare away sea monsters. Or the particular way that they hold the net in their hands so that it casts evenly into a fan. In every single thing that’s done, there’s so much depth. 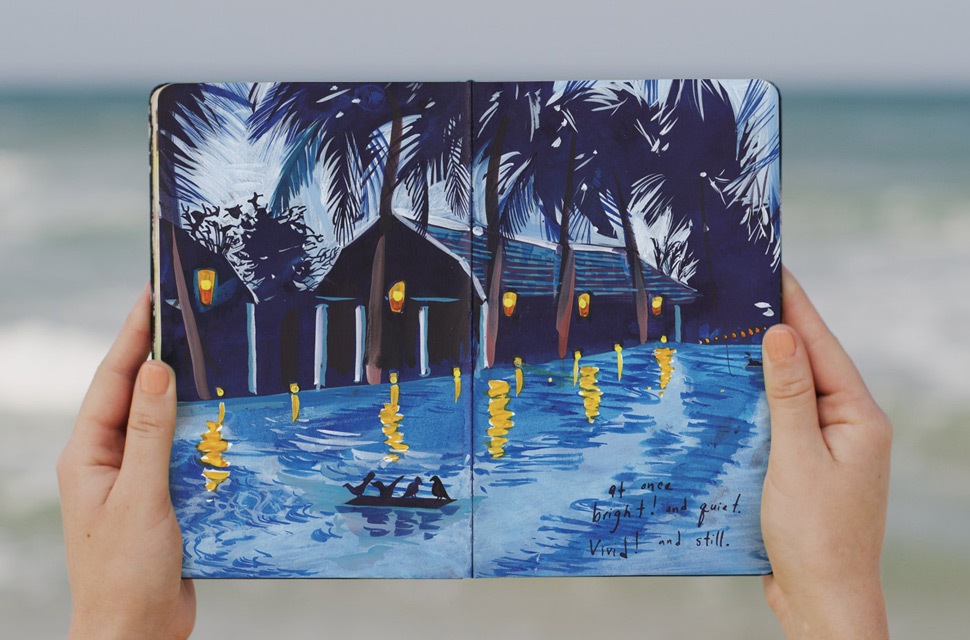 Dunaway embraced the evening ritual of candle lighting in Vietnam.

Was anything particularly surprising about your time at the Resort?

I would get home to my villa at night and someone would have come in and lit candles. I love lighting candles; it’s something I do at home. That was such a personal touch. But then I heard that this is a Vietnamese tradition that goes back to before they had electricity. There is this nightly ritual with a family of lighting candles as the sun is going down. It’s a very small detail that reflects something about Vietnamese culture, and that just made it even more significant.

How would you describe your experience as an Envoy?

This experience has been mind-opening. It was about having conversations, listening, taking part. A hands-on experience will stay with you; that’s how you should engage with the world. 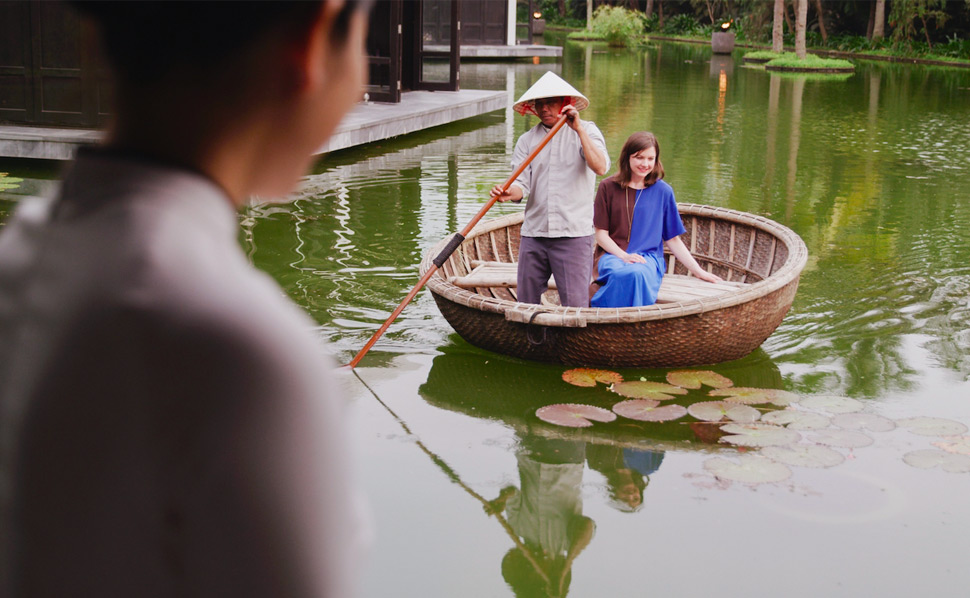 Discover the beauty of Hoi An

The post Visual Diary: An Artist Paints Her Way Through Hoi An, Vietnam appeared first on Four Seasons Magazine. 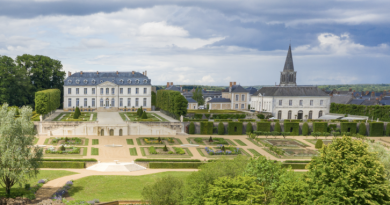 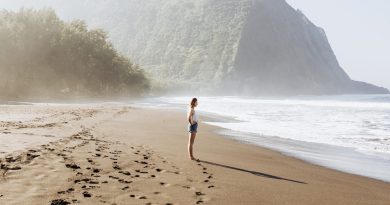 Elemental Wonders: At Home in Hawaii 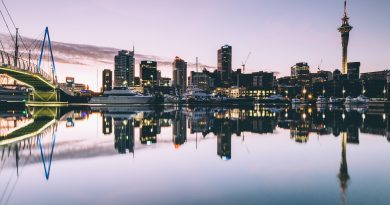