Sweden is blessed with four very distinct seasons, with temperatures hopping from ice cold to pleasantly balmy. But when’s the best time of year to visit?

Well, that all depends on what you want from your trip – whether that’s long summer nights by the lakeside, or snowy evenings around the campfire.

When to go to Sweden: a quick guide

– For warm weather and sunshine, the best time to visit Sweden is May to September.
– If you want snow, aim to go between late November and March.
– You can visit the country all year round, but you’ll need to wrap up during winter.
– To see the midnight sun, visit in the height of summer (June and July).
– The northern lights are best seen during the winter, from late September to early April.

In the winter (roughly November–March), days are short and thick snow blankets much of the country, opening up a whole new world of cold-weather activities, from dog sledding and ice-skating to skiing, both cross-country and downhill, and snow-boarding.

In fact, Sweden is an underrated winter sports destination, with quieter and no-more-expensive resorts than in the Alps, and a long snow season up in the north. Check out our guide to the ins-and-outs, and ups-and-downs, of skiing in Sweden.

In southern cities like Lund cosy cafés come into their own, warmed by flickering candles and wafts of freshly baked cinnamon buns.

If you visit any part of Sweden during the winter, you’ll need to dress for the cold.

Daytime temperatures regularly drop below freezing in Stockholm, Malmö and Gothenburg (though -15c is not unheard of), and in the far north of Sweden temperatures of –10c are considered fairly normal, with cold snaps sending the mercury far lower.

That doesn’t leave a great deal of time for sightseeing, but there is one major perk: all that darkness increases your chances of seeing the northern lights.

There’s something very special about summertime in Sweden which, roughly speaking, runs from late May–early September. Temperatures are warm, but not uncomfortably so, and the days seem never-ending.

Around midsummer it’s common to see people drinking, chatting and barbecuing in public parks long after 10pm. With the ice all gone, it’s also possible to sail, swim in glassy lakes and sheltered bays, or go hiking in the mountains without needing any specialist winter gear.

Most visitors are surprised by how warm the summer weather in Sweden can get. In both Stockholm and Gothenburg, temperatures can hit 25c in June, July and August, very occasionally edging up towards 30c.

This is the time of year that much of the population decamps from the city to the islands. Residents of Gothenburg head out to the archipelago for weekends of fishing, swimming and chilling – click here for some of the best islands to visit.

Stockholmers too head for the islands in the summer – read our guide to which islands to visit in the Stockholm archipelago in summer.

Central parts of Sweden such as Dalarna also enjoy warm weather at this time of the year, and the far north is surprisingly mild.

The island of Gotland, practically deserted throughout the winter, suddenly bursts into life during the summer attracting tourists from all around the country.

Spring and autumn weather in Sweden

In terms of weather, the shoulder months of April, May, September and October are much more difficult to plan for. Snow is a possibility just about anywhere in Sweden, but fairly unlikely in the south.

The sun could be shining – or it could be grey and pouring with rain. Either way, Swedes will be quick to remind you that det finns inget dåligt väder, bara dåliga kläder (there is no bad weather, only bad clothes). When it’s raining, 4c and blowing a gale, you might be inclined to disagree.

Autumn and spring can be good seasons for doing some hiking in Sweden – the more popular trails are less busy than in full summer, and it’s less hot.

However, they can be very changeable seasons so make sure you’re well prepared for whatever the weather may throw at you. Read our guide to Sweden’s best hiking trails for the low-down on where to go and when.

What’s the weather like in different parts of Sweden?

The Swedes love a festival – any excuse for a party! – and there are plenty to chose from, with top international artists playing gigs such as Lollapalooza Stockholm in June to the peculiarly Swedish surströmmingsskiva, celebrating the country’s favourite extremely smelly fish.

Still not sure what to see when you arrive in Sweden? Our events listings will help you get planning.

When is
the cheapest time to travel in Sweden?

Sweden has a reputation for being expensive and it’s true that it can be a pricey place to travel around.

The key thing to do if you’re on a budget is to avoid peak times such as high summer, Christmas and New Year and Swedish public holidays, when accommodation is at its priciest.

So shoulder seasons, such as autumn and spring, are good times to travel around the country, with flights from the UK usually at their cheapest in March.

And although it’s tempting to try to visit during one of the big national festivals, one thing to bear in mind is that, as most Swedes get to take time off work during these festivals, prices for hotels tend to shoot up. 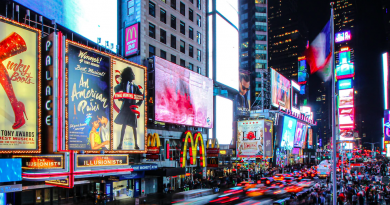 Can I Travel to New York Right Now? 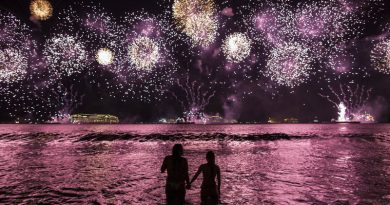 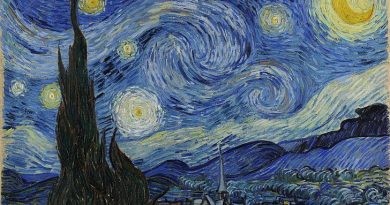 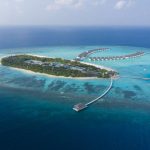