Due to the impact of COVID-19, we are saddened to share the news that the exhibition Tutankhamun: Treasures of the Golden Pharaoh exhibition will not reopen in London.

A traveling blockbuster exhibition featuring the treasures of King Tutankhamun, the famed boy pharaoh, may have breached Egyptian laws meant to protect antiquities.

In a new documentary, BBC News Arabic investigates the legality of the show, billed as the largest collection of King Tut’s treasures ever to leave Egypt. It was organized with the help of Egyptologist Zahi Hawass, formerly Egypt’s minister for antiquities, and a controversial figure in the field of archaeology.

“Tutankhamun: Treasures of the Golden Pharaoh” is the work of Exhibitions International, an events company that specializes in sports, entertainment, and fashion. The show, which celebrates the 100th anniversary of the discovery of King Tut’s tomb, debuted at the California Science Center in Los Angeles in March 2018 as part of a 10-city tour. Following a stop in Paris, it was most recently on view at the Saatchi Gallery in London.

When the show was planned, Egypt’s Antiquities Protection Law permitted the international exhibition of ancient artifacts provided they were “not unique” and were “exchanged with states, museums, and scientific institutions”—but not commercial companies. The law was amended in 2018, allowing Egypt’s council of antiquities to approve international artifact loans without restrictions. But Exhibitions International signed its contract with the government in September 2017, before the legal amendment.

An Egyptian lawyer, Sayed Said, has filed a lawsuit against the country’s ministry of antiquities over the exhibition, arguing that the show contains unique artifacts that have been unlawfully lent to a commercial business.

IMG, the parent company of Exhibitions International (and Frieze Art Fair), told the BBC that the artifacts in the King Tut show were not unique, but part of a series. Hawass says that “these touring artifacts aren’t of any importance,” a claim that directly contradicts a promotional quote he offered for the show in 2017, in which he claimed that “each object is unique.” The London show, originally scheduled to run through May 3, 2020, has been closed indefinitely since March. It will not reopen, according to the Art Newspaper, and subsequent stops on the tour have been suspended indefinitely.

The show attracted 1.4 million visitors in Paris and 580,000 in London, and brought in approximately $57 million. Los Angeles attendance figures were not available. Admission ran as high as £37.50 ($46) at Saatchi, which is normally free. At the tour’s end in 2024, the 150 artifacts are slated to return to Egypt, where they will go on permanent display at the long-delayed Grand Egyptian Museum near the Pyramids of Giza, where construction underway. The museum, which has struggled financially, is slated for completion in 2021—which means it will debut without the works in the international exhibition.

The touring show is supporting the $1 billion new museum, with contractual earnings of at least $5 million in each city, and bonuses to be paid out after 400,000 visitors at each stop. IMG has reportedly paid the Egyptian government $20 million to date.

As head of the council of antiquities, Hawass previously coordinated Exhibitions International’s 17-city blockbuster “Tutankhamun and the Golden Age of the Pharaohs,” on tour between 2004 and 2011 and featuring 50 artifacts. (Venues included the Los Angeles County Museum of Art, the de Young Museum in San Francisco, Chicago’s Field Museum, and Discovery Times Square in New York.)

King Tut’s first international outing was the famed “Treasures of Tutankhamun” exhibition that ran from 1972 to 1981, fueling an Egyptomania craze. The show, which contained 55 pieces from Tut’s tomb, became an international sensation, including stops in seven US cities.

The recent exhibition included 60 works that have never before left Egyptian soil. King Tut’s tomb, the only pharaoh’s burial site found intact, had over 5,000 objects.

John Norman, the head Exhibitions International, told the BBC he was not concerned about a legal challenge to the show.

“We have legal documents that were done by the government,” he said.

Want to stay ahead of the art world? Subscribe to our newsletter to get the breaking news, eye-opening interviews, and incisive critical takes that drive the conversation forward. 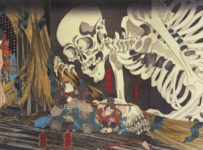 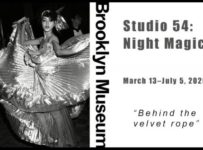 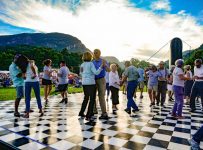