The Melbourne Food & Wine Festival, organised by Bank of Melbourne and Visit Victoria, recently returned with a blockbuster 2021 calendar across Melbourne and regional Victoria. The newly expanded festival year kicked off with a suite of signature and new events in March.

This will be followed in winter by the festival’s core programming for the year, a two-week festival all about Melbourne, and then in the spring the food and drink of regional Victoria will for the first time have a festival all its own.

March sees the return of some of the festival’s best-loved signature events, which were postponed in 2020. The Bank of Melbourne World’s Longest Lunch, one of the city’s most anticipated annual events, returns with an all-star line-up of culinary legends, and newcomer the Bank of Melbourne World’s Longest Brunch will celebrate the city’s renowned breakfast culture the next morning. There will be special events across the city, and for the first time, Melbourne’s western suburbs will be the hero of 12 Westside Crawl events.

“Coming hot on the heels of the success of the New Year Street Feasts program, we’re thrilled to join in the roaring recovery of the city with a full calendar of great Melbourne Food & Wine Festival events,” said Anthea Loucas Bosha, CEO, Food and Wine Victoria.

Brendan McClements, CEO, Visit Victoria  said,  “Victoria’s renowned restaurants and bars are enthusiastically welcoming visitors in 2021 and launching the iconic Melbourne and Food & Wine Festival is a great milestone for our hospitality industry”.

“This year, the festival extends beyond the signature World’s Longest Lunch to include a World’s Longest Brunch as well as a winter festival and regional showcase in spring so there’s something for every palate,” he added.

The World’s Longest Lunch beginning from March 12, will bring together three of Melbourne’s culinary masters – Stephanie Alexander, Philippe Mouchel and Jacques Reymond – to deliver an outdoor feast for more than a thousand guests in Melbourne’s Treasury Gardens set against the backdrop of the city skyline.

World’s Longest Lunch attendees will also be given a hit-list of great Melbourne CBD bars to kick on to following lunch, continuing Melbourne Food & Wine Festival’s commitment to drive business to venues in a part of the state hit hardest by the pandemic. Make it a glass at City Wine Shop or Embla, a pot at the Cricketer’s or Garden State, or something a bit higher up the shelf from the likes of Gimlet or Nick & Nora’s.

In a first for Melbourne Food & Wine Festival, Bank of Melbourne World’s Longest Brunch will take place in Treasury Gardens on March 13. The menu at this new event is designed by Lune Croissant’s Kate Reid in collaboration with Melbourne’s café king Nathan Toleman, whose midas touch at venues such as Apte, Three Bags Full, Two Birds One Stone, Top Paddock, Higher Ground, Kettle Black and Liminal has shaped the way Victoria breakfasts.

The March 2021 program also includes more than 50 events designed in partnership with restaurants, bars and cafes around the city that had been set to run before the pandemic.

Highlights of the 2021 Special Events Program include:

Highlights of the 2021 Westside Crawl program include:

●West Footscray Crawl – An adventure in one of Melbourne’s most dynamic culinary neighbourhoods, visiting Zymurgy, Harley and Rose, and Chibog. 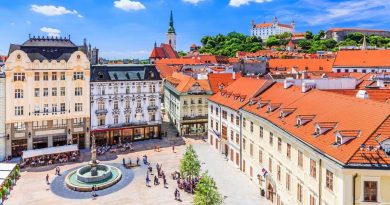 A City of Understated Elegance & Charm 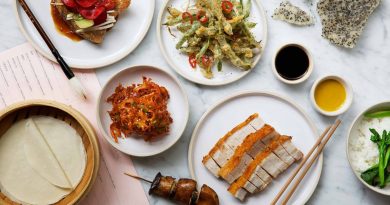 The 10 best Chinese restaurants in London