The glitz and glamour that visits Capri will soon find a new address to flatter their style. The famous Hotel La Palma – formerly known as Locanda Pagano, the oldest hotel on Capri, first graced the island in 1822 and was home to artists, poets, writers, architects, painters and musicians. It is now set to reopen for its distinguished guests in April next year and reclaim its throne as the epicentre of the Italian island’s social scene.

Hotel La Palma, a 50 room hotel including 18 suites, each complete with its own private balcony or terrace, will be Oetker Collection’s reimagined incarnation of the island’s iconic dolce vita lifestyle as part of the group’s Masterpiece Hotels portfolio. The iconic hotel will be conceived as a unique, elegant Mediterranean retreat on the Italian island for the modern traveller. The glitz and glamour of Capri

Effortlessly laidback and a synonym for enduring elegance, Capri is an island in Italy’s Bay of Naples, famed for its rugged landscape, iconic restaurants, excellent shopping and glamorous visitors from the literati, dignitaries, royalty and A-list celebrities. Accessed exclusively via boat, yacht or helicopter from the mainland, Capri has remained a popular tourist destination since the 1950s, a sun-soaked playground for the contemporary jet set that captures the quintessential spirit of the Mediterranean in Italy’s Campania region.

Since 1822, the hotel’s original owner, notary Giuseppe Pagano, hosted travellers in his villa in what was dubbed the ‘Artists’ Hotel.’ A collective of creatives began to gather from all over the world who were inspirited by the genius loci, charmed by the smooth, familiar atmosphere of this eccentric hotel.

Timo Gruenert, CEO of Hotel La Palma, commented: “I simply cannot think of anything more exciting than the outlook of opening a true masterpiece hotel in one of the most beautiful and glamorous destinations in the world, the island of Capri. It will be a homage to La Dolce Vita and the legacy of this legendary location – the first hotel in Capri – while reinventing Hotel La Palma to once again be at the epicentre of the island’s vibrant social scene.”

The hotel will be home to Gennaro’s restaurant, bar, and terrace, under Chef Gennaro Esposito’s culinary direction. Esposito is a true name in the region, having run his own two-Michelin Star restaurant, Torre del Saracino, for the last 23 years. Another gastro highlight of the hotel will be Bianca, a glamorous, newly created rooftop restaurant and bar open late with spectacular views over the sea and Capri Village. In addition, Hotel La Palma will offer a brand-new pool deck, complete with an elegant pool bar that pays homage to the ‘classic Capri’ of the golden age.

Hotel La Palma is located just around the corner from the famous Piazza Umberto I. A short drive to Capri’s southern coast, guests will discover Hotel La Palma’s elegant yet buzzing La Palma Beach Club in the Marina Piccola, home to the island’s famous beaches and restaurants. This will be where fabulous people come and go to watch sun-drenched days flow into glittering twilight evenings. Open to non-hotel guests, visitors will come from yachts, and neighbouring hotels as La Palma Beach Club becomes the meeting place of choice on the island for long, lazy lunches created by Gennaro Esposito and sunset cocktails. By day, it will be a playground for the great and the good and by night, home to carefree indulgence and the place to rendezvous and soak in Capri’s animated social scene.

The Key Points Of Interest In Capri

Some of the most notable sites of Capri include I Giardini di Augusto, Via Krupp, La Certosa and the iconic Faraglioni. Another of the island’s best-known, must-visit natural sites in easy reach from the hotel is the ‘Grotta Azzurra’ – the Blue Grotto – a dark cavern where the sea glows electric blue, the result of sunlight passing through an underwater cave. Capri can be accessed by air or by sea

How To Get to Capri

Capri can be accessed by air or by sea. The closest airport to Capri is Naples International Airport, located approximately 10 km from the city’s port. There is also a heliport in Anacapri. In addition, the island can be reached by ferry or hydrofoil in 25 minutes from Sorrento or Positano, 50 minutes from Naples, and one hour from Amalfi. ◼ 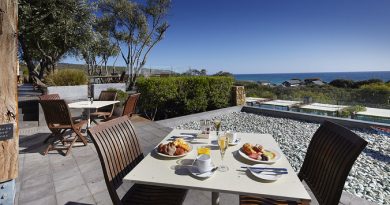 Flying Rays in the Sea of Cortez: Loreto, B.C.S., Mexico 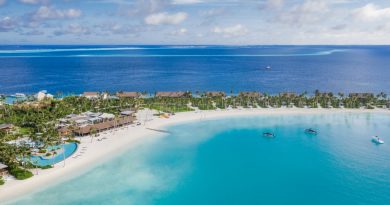 Find Out Which Maldives Luxury Resorts Are Restarting To Welcome Guests 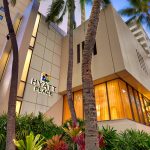